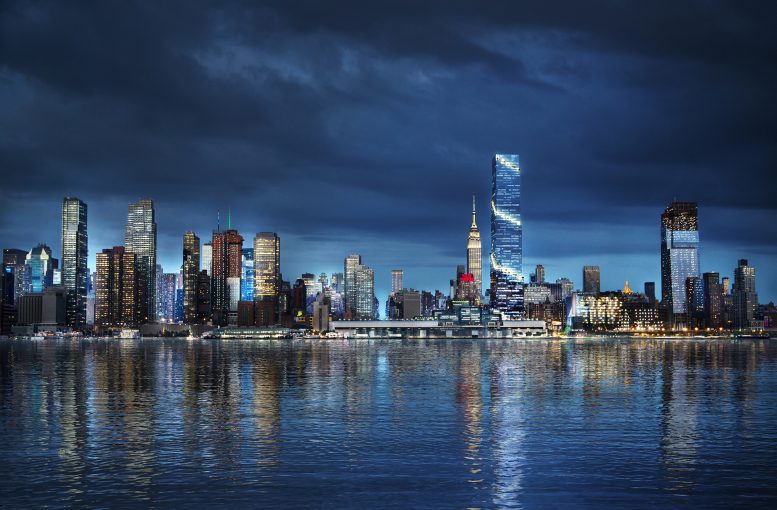 Over the past two months, 66 Hudson Boulevard, aka The Spiral, has made swift progress. The first steel beam for the 65-story skyscraper was dedicated in mid-April and erected at a time when the core foundation walls hadn’t yet reached street level. Now, the steel superstructure for the Bjarke Ingels Group-designed commercial office tower is three floors above the Midtown neighborhood of Hudson Yards.

Recent photos from around the perimeter show the scope of work that has been completed since YIMBY’s mid-April update on the property. 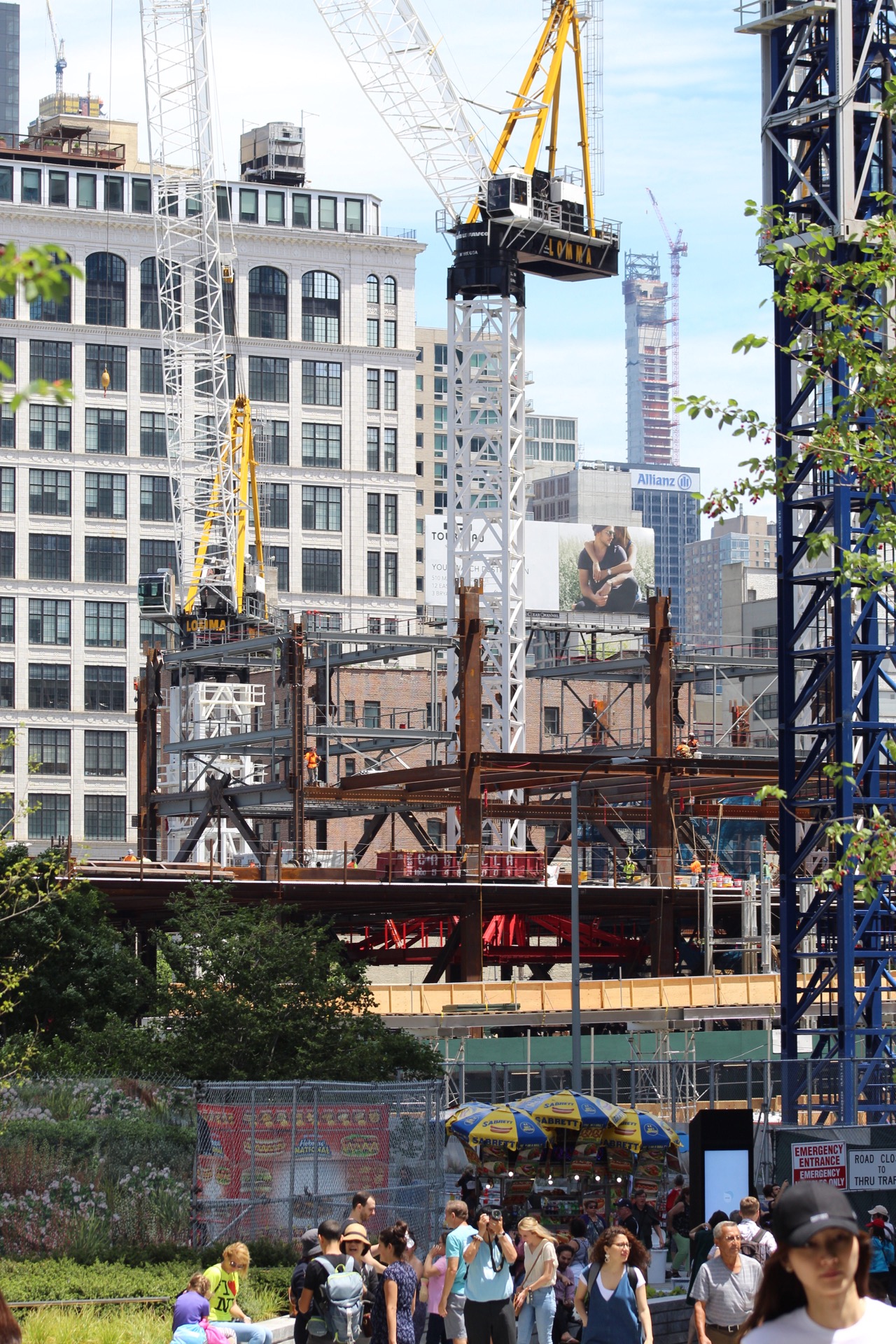 Looking from the public plaza of Hudson Yards. Photo by Michael Young

Several construction cranes are on site, making it possible for workers to rapidly assemble the steel perimeter and girders. Tishman Speyer is the developer of the upcoming 2.85-million-square-foot structure, Turner Construction Company is the construction manager, and Banker Steel is in charge of fabricating the steel for the supertall, which is estimated to cost around $3.7 billion. 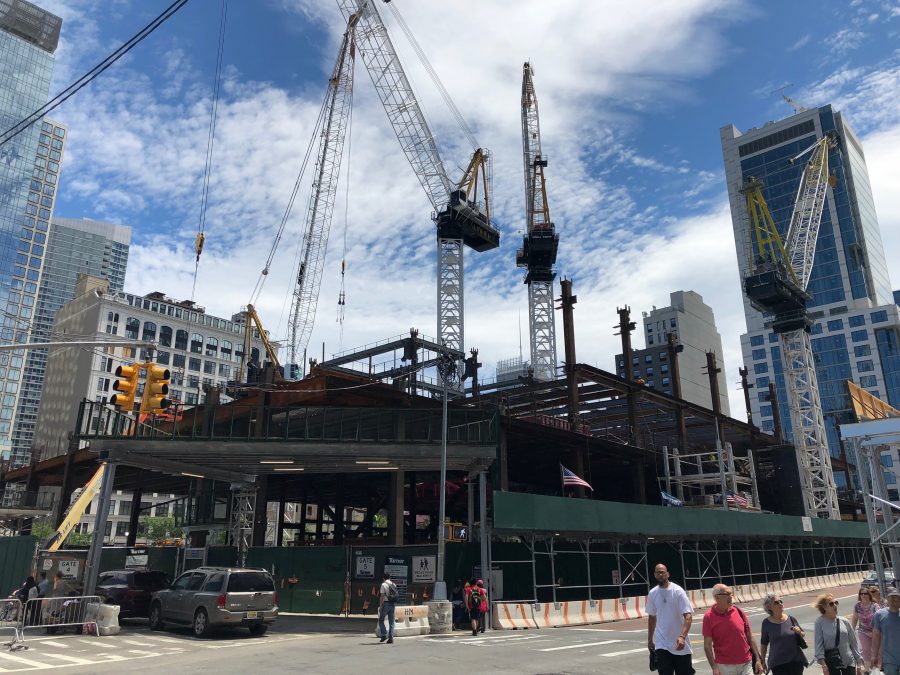 The western corner of the site. Photo by Michael Young 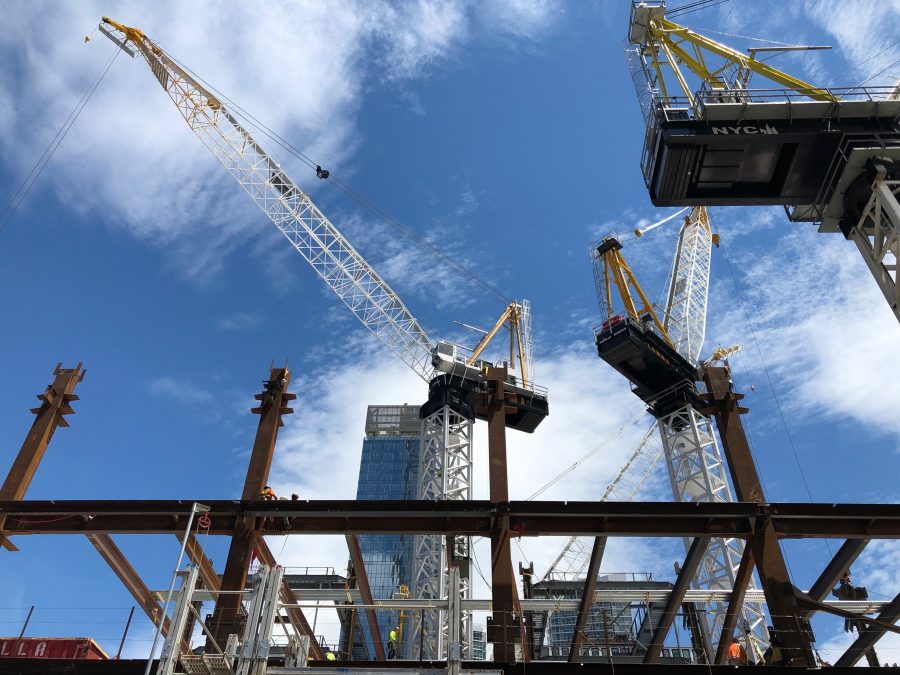 The construction cranes for The Spiral. Photo by Michael Young 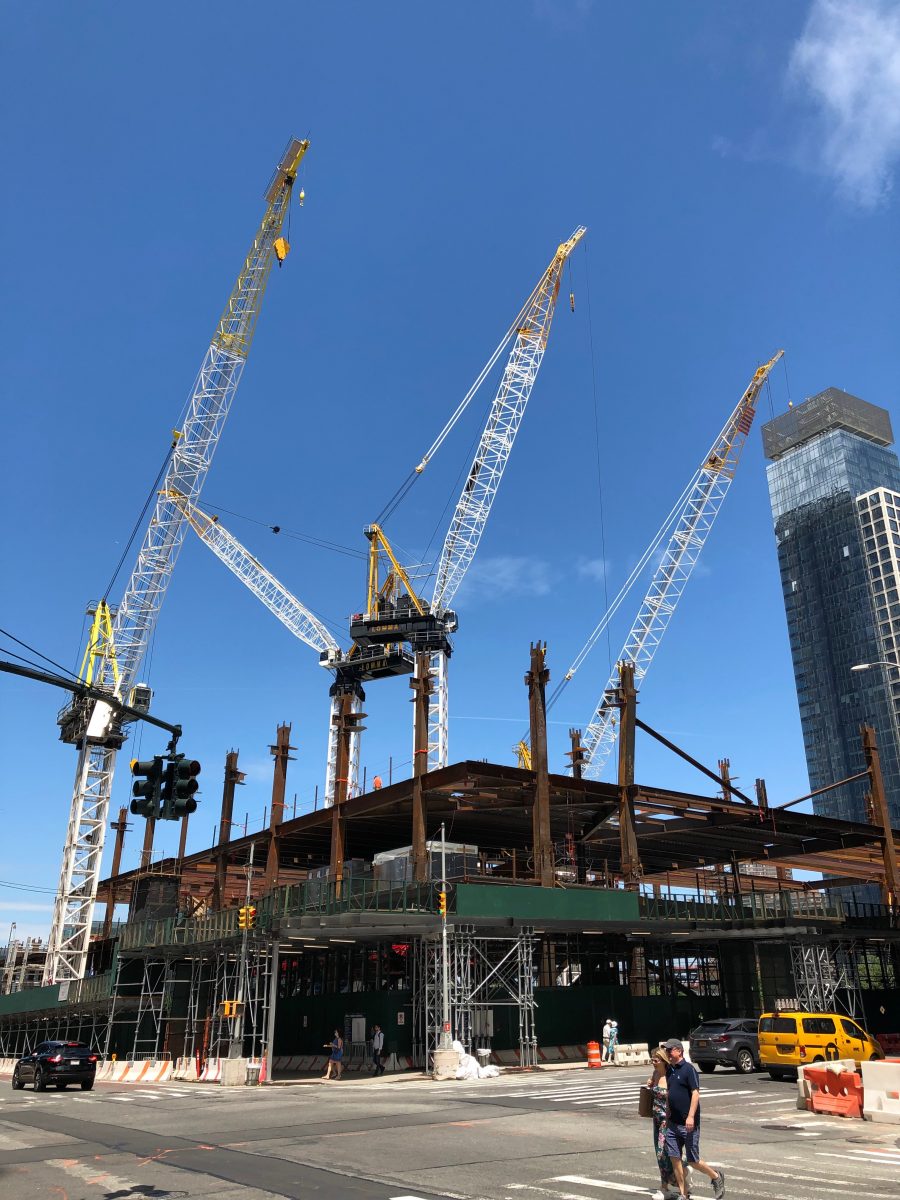 The eastern corner of the site along Tenth Avenue. Photo by Michael Young

The site is located directly north of 50 Hudson Yards, Norman Foster’s future supertall commercial office building. These two skyscrapers are going up at the same time and it will be interesting to see how they compare in size and scale.