Home > Article > A Century Ago, America Built Another Kind of Wall

A Century Ago, America Built Another Kind of Wall

A Century Ago, America Built Another Kind of Wall

There was a time when even Ivy League scientists supported racial restrictions at the border.

Mr. Okrent is the author of a forthcoming book on the history of immigration and race in America.

Italian immigrants arriving in New York in 1923, not long before a quota greatly restricting their numbers was imposed.CreditDe Agostini Picture Library/Getty Images Plus 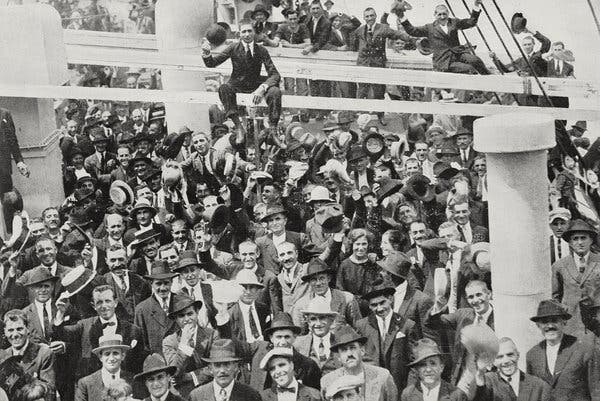 Italian immigrants arriving in New York in 1923, not long before a quota greatly restricting their numbers was imposed.CreditCreditDe Agostini Picture Library/Getty Images Plus

In early 1921, an article in Good Housekeeping signaled the coming of a law that makes President Trump’s campaign for immigration restriction seem mild by comparison. “Biological laws tell us that certain divergent people will not mix or blend,” it read. “The dead weight of alien accretion stifles national progress.” The author was Calvin Coolidge, about to be sworn in as vice president of the United States. Three years later, the most severe immigration law in American history entered the statute books, shepherded by believers in those “biological laws.”

The anti-immigrant fervor at the heart of current White House policymaking is not a new phenomenon, nor is the xenophobia that has infected the political mainstream. In fact, race-based nativism comes with an exalted pedigree — and that pedigree is something we all should remember as the Trump administration continues its assault on immigrants of specific nationalities. The scientific arguments Coolidge invoked were advanced by men bearing imposing credentials. Some were highly regarded scholars from Harvard, Princeton, Yale and Stanford. One ran the nation’s foremost genetics laboratory. Another was America’s leading environmentalist at the time. Yet another was the director of the country’s most respected natural history museum.

Together, they popularized “racial eugenics,” a junk science that made ethnically based racism respectable. “The day of the sociologist is passing,” said the Harvard professor Robert DeCourcy Ward, “and the day of the biologist has come.” The biologists and their publicists achieved what their political allies had failed to accomplish for 30 years: enactment of a law stemming the influx of Jews, Italians, Greeks and other eastern and southern Europeans. “The need of restriction is manifest,” The New York Times declared in an editorial,for “American institutions are menaced” by “swarms of aliens.” 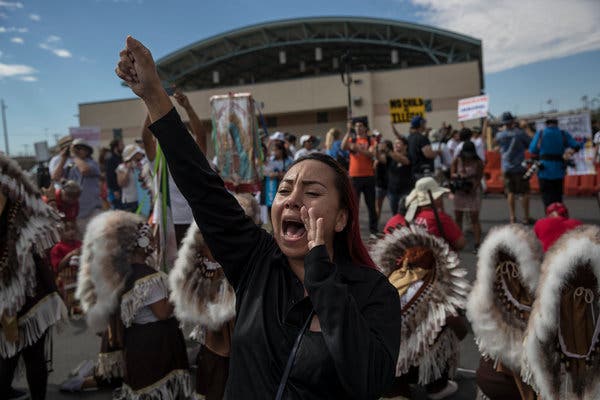 Keeping people out of the country because of their nationality was hardly a novel idea. The Chinese Exclusion Act of 1882 was avowedly racist. In 1923 a unanimous Supreme Court declared that immigrants from India could be barred from citizenship strictly on racial grounds.